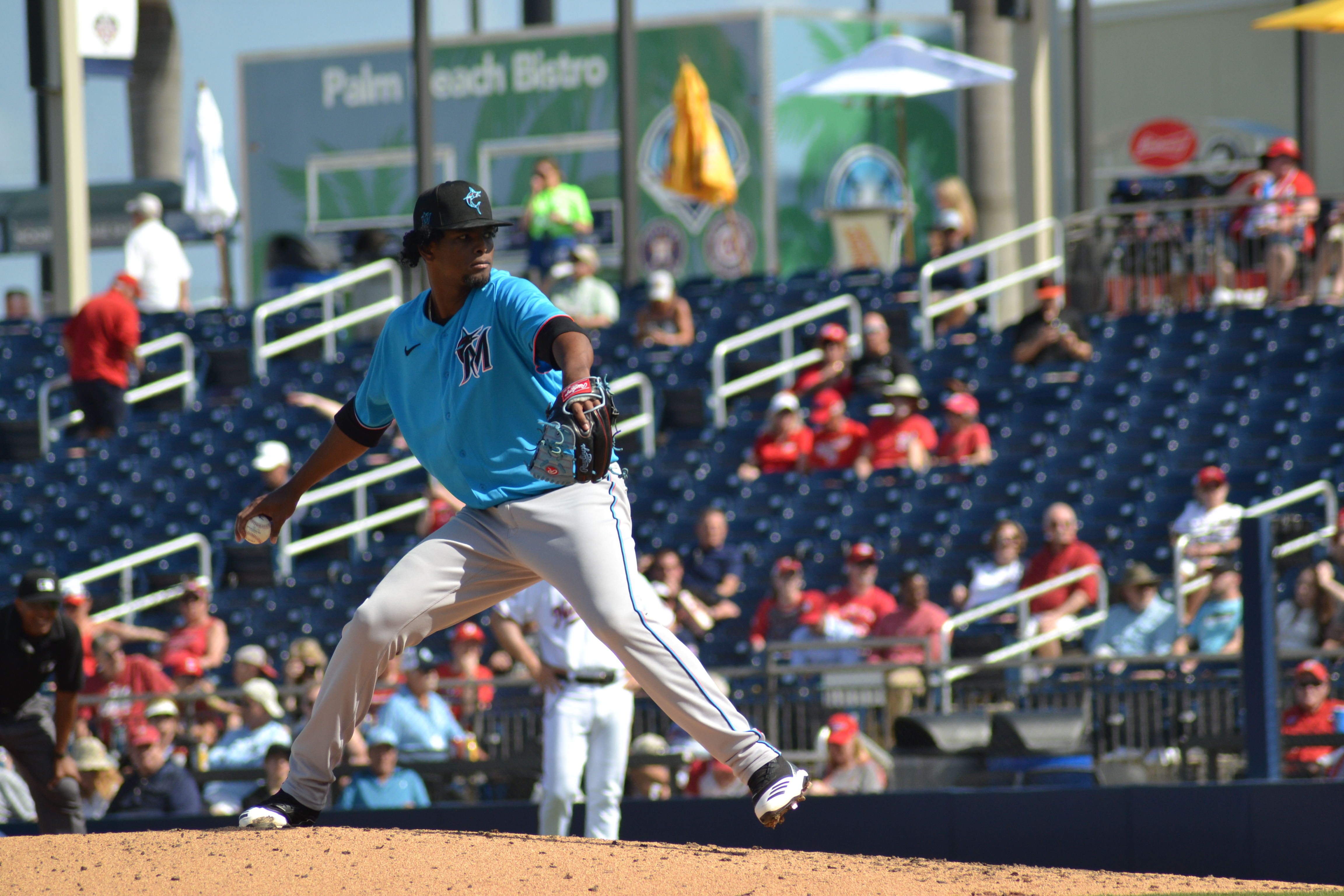 The grandeur and excitement surrounding the return of Marlins baseball dimmed slightly on Thursday morning when the club received its first bad news of the season, just two days into camp. During his morning press conference, Don Mattingly announced that right handed pitcher Edward Cabrera, the club’s fourth best prospect and the 68th best prospect in baseball according to MLB Pipeline, has been shut down with an injury to his throwing arm. Mattingly described the injury as an inflamed nerve in his right biceps.

“Obviously, you’re always disappointed when anything sets a guy back a little bit,” Mattingly said. “But I think from there we just basically take our time and let this thing take care of itself, or us take care of it.”

Cabrera is believed to have suffered the injury while training overseas in the Dominican. The Marlins learned about the discomfort earlier this winter. It is said to be completely unrelated to the throwing arm injury that Cabrera suffered last July and sidelined him until September. Again, the Marlins took it slow with Edward and built him back slowly and methodically at the ATS. He didn’t throw off of a mound for more than a month. He was called up to the taxi squad in September for the playoffs but the club erred on the side of caution and did not insert the 22-year-old into any games.

How long will Cabrera spend out of action with his new ailment? For comparison’s sake, we look at some some former Fish.

The Marlins are no strangers to bicep injuries of this sort at this time of year. At the beginning of spring training in 2017, Jeff Locke suffered a similar ailment and was out of action for four months. The next year, reliever Brian Ellington head dealt with biceps tendinitis. He was ultimately released and signed by the Diamondbacks. After suffering the ailment in May and being signed by Arizona in early June, Ellington did not get back on the field until June 19th. Taking into account that bodies heal differently and Cabrera does have youth on his side, considering his prospect status, Edward is likely looking at at least another three month layoff before returning to MiLB.

As concerning as it is for Edward to have already suffered two throwing arm injuries this early in his career especially when you consider how hard he throws and his violent release mechanics, hope for the Marlins is that they caught this injury early, avoiding any more serious damage.

With youth still on his side, the club will be able to gradually build him back (again). The best estimated hope is that we see Edward back on an MiLB field (likely on a rehab assignment) by late June or early July.

After the lost minor league season and the aforementioned slow build back from his previous injury only to fall victim to another ailment, it has got to be extremely frustrating for Cabrera. However, he is still at spring training, supporting his teammates and gaining psychological knowledge.

As tough as the news of this injury is to swallow, you haven’t nearly heard the last of this explosive right hander.